The Agent Query Process – Does anyone really enjoy it?

XC59VFC3BPCG I am currently immersed in the agent query process for my second manuscript. A quick internet search will yield hundreds, if not thousands, of web sites offering advice on how to write query letters. Attend any writers conference and I’ll guarantee that you will find one or two sessions on the agent query process or guidance on how to write query letters that agents will actually read. I know. I’ve attended them. The best, by the way, is taught by Chuck Sambuchino of Writer’s Digest.

His Guide to Literary Agents Blog is also very helpful in finding agents to query. In addition, there are webinars and books on the subject. Go to these resources to learn how to write an effective query letter. My intention is to tell you what the query process is like if you’ve not experienced it and tell you my experience in the past and at present.

In my previous life in pharmaceutical R&D, I once asked a sales executive what they look for when hiring a pharmaceutical sales representative. His answer: ability to take rejection. In that regard writers are a bit like pharmaceutical sales representatives. They have to deal with rejection and not take it personally. Rare is the writer who sends out a few query letters, lands an agent, and gets published. The stories of best selling authors, e.g. J.K. Rowling, receiving multiple rejections before getting published are legend. That makes us fell a little better, doesn’t it? In theory, yes. But getting the e-mails stating that your manuscript has been rejected—they never use that term, by the way—still stings, especially when some of the e-mails are poorly written. Get over it. That’s what I keep telling myself. 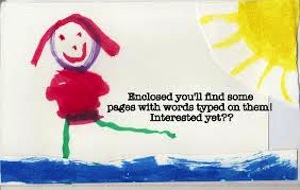 How many query letters should you send? How long is a piece of string? The answer is the same. It depends. I have sent thirty-two agent query letters for my current manuscript Why thirty-two? James Patterson was rejected by thirty-one agents before his manuscript was accepted, so I decided thirty-two was enough. Honestly, I felt the number was sufficient to test the waters and determine the level of interest.

Sending queries and receiving replies is much easier than in the past. Almost all agents either prefer receiving e-mail submissions or will allow them. In searching for agents, I ran across only a couple of agencies that would not accept e-mail queries. I crossed them off my list. It’s the 21st century for goodness sake.

The results thus far? I’ve been pleased with the response. Several agents have requested the full manuscript, some of whom I’m still awaiting a final response. Although I’ve received some rejections, a few agents have written personal replies providing encouragement and support. At least they seemed personal. 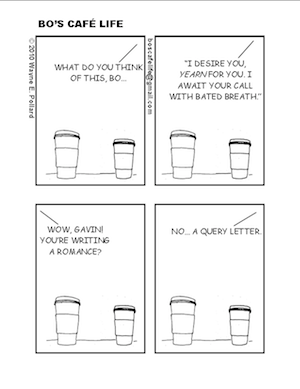 I was intrigued by a couple of agents who said their plates were full, and they didn’t have time to give my manuscript the full attention it deserved. Nice. I’m sure it was a form reply, but it made me wonder. If that’s true, why doesn’t the agency simply hire more agents? I won’t argue the fact that agents serve an important gatekeeper role. But perhaps, with the rapid change taking place in the publishing industry, it is time the traditional agent role and query process were redesigned.

I’ll keep you informed as to my progress and outcome. But number one on my list of my 2013 personal objectives is to publish my manuscript. I’ll give the process another month or two. By then, if I haven’t landed an agent or publisher, I’ll consider self-publishing and feel, not just good, but great about it. Today, self-publishing is not only a viable alternative to traditional publishing, for some it can be the preferred path to publication. In the meantime, while I proceed with the agent query process, I given up golf. One frustrating activity at a time is enough.