Ron and his wife, Mildred, reside in Virginia Beach, Virginia, on the shore of the Chesapeake Bay, where he is inspired by the rich history and natural beauty of the Hampton Roads area. His debut work, Libido’s Twist, a medical suspense novel, won a Writer’s Digest award. Since then he has published The Drone Enigma, The Envelope, and The Chameleon. He’s currently writing the fifth in the Jake Palmer series. 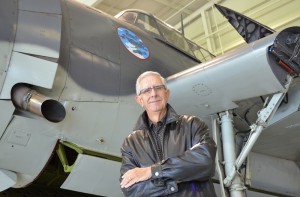 Ron is a native of Charlotte, North Carolina, and a graduate of the University of North Carolina at Chapel Hill. Ron’s pharmaceutical research and development career spanned over 25 years, including a period of several years in which he and his wife lived and worked in England. He retired in 2007 as the global vice president of R&D quality and regulatory compliance for GlaxoSmithKline.

Ron was a U.S. Navy lieutenant, serving aboard the U.S.S San Marcos (LSD-25) and with the Naval Advisory Group in Vietnam, where he led a group of men providing operational and logistical support to the Navy’s patrol boat riverine operations throughout the country.

He is the former president of the board of the University of North Carolina’s Naval ROTC Alumni Association and former member of the Board of Visitors for the university’s Health Sciences Library.