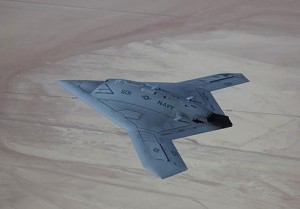 XC59VFC3BPCG My new novel, Return to Valor, will be published later this year. The military techno-thriller features an experimental Navy drone. In anticipation of the release of this novel, I am writing a series of blog posts related to drones. This is the first of the series.

Last month, Charlottesville, Virginia, became the first city in the nation to pass legislation imposing a two-year ban on the use of unmanned aerial vehicles or drones. Now, the Virginian-PIlot has reported that the state legislature has passed a bill that poses a two-year moratorium on the use of drones by police or government agencies in Virginia. The bill is awaiting approval by Governor Bob McDonnell. Like their colleagues in Charlottesville, the state legislators are concerned that the use of drones could infringe on citizens’ right to privacy. I have been unable to find the precise wording of the legislation, but should Gov. McDonnell sign it, I wonder what the implications are for private use of drones or use by the military in Hampton Roads or use by the CIA at Langley and the trainees at Camp Peary, a short drone flight from Williamsburg and the College of William & Mary. After all, the CIA isn’t the military, it is a government agency. And what distinction can be made between the local police using a drone to search for suspects and missing persons and the police using a helicopter to do the same thing? Does the fact one is piloted and the other is not make any difference to the possible infringement on our right to privacy? How about television traffic helicopters?

Charlottesville is home to the University of Virginia and, like most small university towns, is a liberal environment in which to live and work. The Virginia metropolitan area of Hampton Roads, where I live, is home to: the world’s largest naval base, the east coast-based Navy SEALs, the Joint Base Langley-Eustis, Naval Air Station Oceana – the Navy’s East Coast Master Jet Base, Joint-Expeditionary Base Little Creek-Fort Story, the CIA’s Camp Peary, the Fifth Coast Guard District, and SEAL Team Six. By anyone’s measure, it is a conservative, testosterone-charged place to live and work. In Hampton Roads, the thought of banning police use of small, unarmed surveillance drones seems—well, odd. If it is a right to privacy issue, aren’t there right to privacy laws on the books that cover violations by the police or anyone else? Do we need really need a special one for drones? 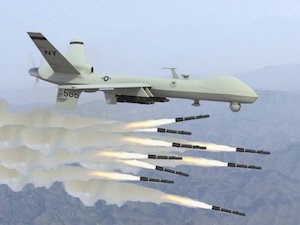 In their rush to pass something, I hope that the legislators took time to define what is meant by drone. When one reads a news headline about drones, images of the large Predator or Reaper drone, equipped with a powerful, high-definition cameras, and armed with Hellfire missiles comes to mind. Let’s face it, we wouldn’t want those flying over our house any more than would the law-abiding citizens of Pakistan or wherever else the the military and CIA are using them.

But the Parrott AR Drone, available in most shopping malls at Bookstone, with its built-in HD camera is a drone both in name and function. Therefore, for now, I must defer any further thoughts of buying one—seriously, I want one—because being a resident of Virginia, I just might be breaking the law even though the moratorium does not appear to cover use of drones by private citizens. By the way, my wife is pleased with this news. She didn’t see any reason to spend $300 on a drone that has a 12-minute battery life.